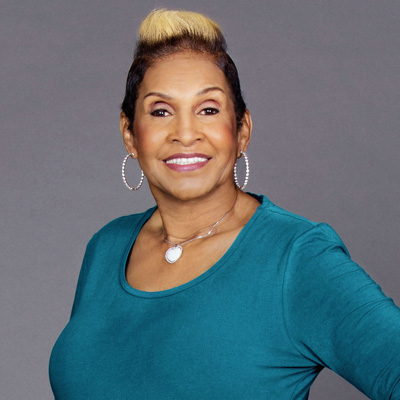 Prior to running her own restaurants, Miss Robbie toured the U.S. singing backup for Ike and Tina Turner during the 1960s. Her stint as an Ikette launched a singing career that spanned over 20 years, including gigs as a background singer for The Supremes, Stevie Wonder, James Brown, Pattie LaBelle and The Rolling Stones, among others. Since finding a welcoming restaurant could be difficult for African-Americans during the ’60s, Miss Robbie often ended up cooking for the group while on the road, honing her mother’s recipes along the way.

When a collapsed lung ended Miss Robbie’s singing career, she returned to St. Louis to reinvent herself utilizing her other formidable talent—as a cook. With the help of her son Tim, she opened the first Sweetie Pie’s in 1996. Eight years later, her second location, Sweetie Pie’s at the Mangrove, opened its doors as well. Then at the age of 71, Miss Robbie undertook her most ambitious endeavor yet—Sweetie Pie’s: The Upper Crust. Opening in 2012, The Upper Crust was built from the ground up and includes a restaurant and a banquet space.  Her latest location, TJ’s Sweetie Pie’s, recently opened in Los Angeles.  These days Miss Robbie manages the day-to-day operations of The Upper Crust and most recently wrote a cookbook called “Sweetie Pie’s Cookbook: Soulful Southern Recipes, From my Family to Yours.”  Active in charity outreach programs, Miss Robbie helps provide job training to formerly incarcerated men and women and food to those in need.