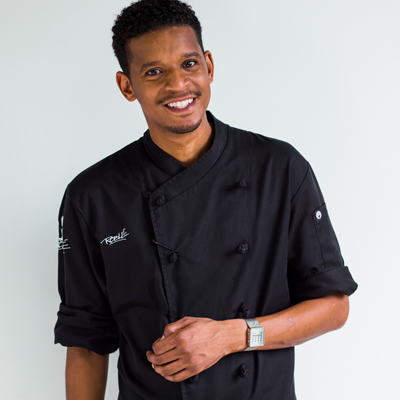 Roblé Ali has quickly become one of the most recognizable chefs and one of the very few young African-Americans in the culinary world with national notoriety. The dashing and charismatic chef has provided his services to some of today’s most notable individuals including President Obama, Leonardo DiCaprio, John Legend, Jack Nicholson, Michael Jackson and Vanessa Williams, to name a few.