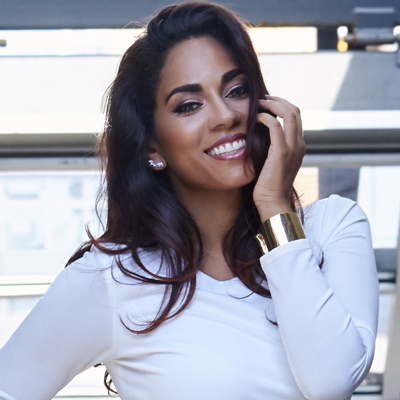 Sharon Carpenter is an award-winning broadcast journalist, host and producer originally from the UK. Throughout her career she has made tremendous waves this side of the pond as an on-air personality for some of America’s best known networks including CBS, BET, VH1, BBC America and Sean “Diddy” Combs’ REVOLT TV. Following her entrepreneurial dreams, Sharon is the co-founder of Wiretapped, an upcoming entertainment news site and live video platform, of which she is currently the co-president and on-camera host. Meanwhile, she recently made her acting debut, co-starring as herself on Episode 2, Season 2 of the Fox prime-time smash Empire. Fans couldn’t get enough of Sharon’s appearance on the drama – Twitter exploded and her name quickly became a trending topic. Back in her real-life day job as a journalist, Sharon can be seen sharing her strong opinions on the hottest topics in pop culture as a regular panelist on the Wendy Williams Show. Behind-the-scenes, Sharon works as a television producer and is known for co-creating (and appearing as a cast member on) VH1’s hit reality show The Gossip Game.